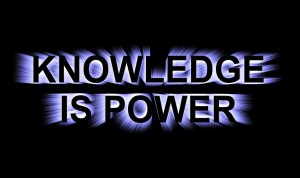 Weâ€™ve all heard the phrase â€œknowledge is power.â€ I had to look it up to see where it had come from, where I found that it apparently originated with Sir Francis Bacon, or at least his secretary Thomas Hobbes.

Hereâ€™s how our quick and handy friend Wikipedia interprets the phrase:
â€œThough its meaning varies from author to author, the phrase often implies that with knowledge or education, one’s potential or abilities in life will certainly increase. Having and sharing knowledge is widely recognized as the basis for improving one’s reputation and influence, thus power. This phrase may also be used as a justification for a reluctance to share information when a person believes that withholding knowledge can deliver to that person some form of advantage. Another interpretation is that the only true power is knowledge, as everything (including any achievement) is derived from it.â€

But in SanterÃ­a and particularly IfÃ¡, knowledge very literally is power.

First of all, in IfÃ¡, we see the universe as being entirely made up of ones and zeros, brought together in groups of eight called odduns, the signs in IfÃ¡. This is exactly the same way computer information is made up of ones and zeros (bits) arranged in groups of eight (bytes). So you might say that an oddun is an â€˜IfÃ¡ Byteâ€™ of information. And for us everything in the world around us was born in one or another of these odduns. Here we find deep parallels between IfÃ¡ and quantum theoryâ€¦

Knowledge, in its role as the fundamental basis of the universe is referred to as â€˜informationâ€™ by physicists. Since I go into this a lot more thoroughly in my book Babalawo, SanterÃ­aâ€™s High Priests, I wonâ€™t bore you all with having to read all the details again here. But in a nutshell, in the physics community it is fast becoming widely accepted that the underlying fabric of the universe is made up of information expressed in binary form, ones and zeros (or somethings and nothings to quote the babalawo Pancho Mora). For instance Stephen Hawking and Kip Thorne, argued about whether information is actually permanently lost in black holes and made a rather famous bet over it (Hawking lost).

But the secrets and understandings we learn or discover in life, and particularly on paths of power like SanterÃ­a and IfÃ¡ are very much power as well. In fact, for us knowledge and power are pretty much interchangeable words for us.

â€œYou arenâ€™t ready to learn that yet.â€ People may not be ready for certain types of knowledge and thus it would be injurious for them to learn it too early on. For instance, there are a number of ceremonies that precede initiations in SanterÃ­a and IfÃ¡ designed specifically to cleanse and strengthen the initiate to be able to withstand the knowledge/power they become infused with. And there is always the danger that a person may misuse knowledge given to them, either for gain or through sheer malevolence, or both. And, just like building a house, it is important that the godchild first builds a solid foundation before going on to learn more advanced forms of knowledge.

â€œIf knowledge is power, letâ€™s not give it away indiscriminatelyâ€ â€“ Bruce Lee upon opening his â€œclosed door schoolâ€™ in Los Angeles.

Power shared in many cases, is power weakened. There are simply certain secrets that should remain just that: secret. In the larger social world, secret knowledge, once spread often becomes diluted and weakened in the process. We see it happen around us all the time. These days it is commonplace for a powerful concept, once transmitted through the media and online, to become diluted even trivialized. On a personal level, knowledge given away too freely can actually spiritually and physically weaken the person. This is an especially strong belief among many Native American cultures. That is a major reason why Native Americans are often so hesitant to talk about the deeper aspects of their culture, their beliefs and especially their ceremonies. These knowledgeable elders are especially hyperaware that giving away knowledge is certain to weaken them and leave them open to attack, disease, misfortune, even death. Iâ€™ve read more than one account where an elder Native American has said that they were only divulging information to an anthropologist because they were so old that it no longer mattered if they were weakened as they were going to die soon anyway.

This idea runs counter to the Western notion that all knowledge should be somehow â€˜democratizedâ€™ and to be given to all and everyone should be free to use that knowledge as they see fit. It is often believed that restricting any kind of knowledge or power is merely a cheap tactic to manipulate and to selfishly keep that knowledge (and the power that comes with it) for themselves. While there are indeed people who keep knowledge to themselves for such reasons, those are usually the ones who do not have much knowledge in the first place. But some kinds of knowledge/power can represent a clear danger to oneself and others:

I once met a woman who told me how she had found a book one day which contained a number of pembas or sigils used to invoke Exu (the Afro-Brazilian form of Echu). The person took the sigil and put copies up all over her apartment thinking she would use them to open her roads to prosperity, love, opportunityâ€¦ in short all the good things in life. But she soon found just the opposite was occurring: doors were closing in her face right and left. Even things she thought she was sure of in life were falling apart all around her. Finally, one day the santero who was her godfather came to visit and saw these sigils and told her, â€œwhat the hell are you doing with those things? Take them downâ€¦ NOW! And never, EVER do something like that again without asking me first!â€ She proudly explained what she was doing, perhaps a little annoyed at the santero for berating her (â€œwhere does he get off telling me what I can and canâ€™t do for myself. Heâ€™s probably afraid Iâ€™ll know more than he doesâ€¦â€). Then her godfather explained to her that the symbols she had all over her apartment was for a path of Exu used to CLOSE someoneâ€™s doors and roads in life (which was exactly what was happening to her), and that she was extremely lucky that this Exu didnâ€™t open one door for her that she probably did not want: the door to the graveyard (which is precisely what that Exu is used for by people who practice the darker side of the religion). Needless to say, I am not going to reveal the name of that book even if it is long out of print.

In SanterÃ­a, the traditional way is to make godchildren prove themselves before they will teach them much beyond the very basics of the religion. I had to prove myself to my elders before they would teach me. In my book I describe how, as a young santero, my Oyugbona the great OriatÃ© Guillermo Diago would yell at me in front of all the other santeros and santeros, greatly embarrassing me every time I would help him during a ceremony. Fortunately I was just smart enough not to talk back or walk away. And after a while between the all the yelling, he began to teach meâ€¦ a lot. Before long he was having me lead parts of ceremonies. In IfÃ¡ I was tested big time before I was taught. For what my elders were giving me were pieces of treasure beyond any material treasure in the world. And one does not give away oneâ€™s greatest treasures indiscriminately. Especially those one has had to fight and struggle and sweat and bleed for so much.

Over time Iâ€™ve learned just how valuable was the lesson I learned: that knowledge and wisdom are truly the most valuable treasures of all. And although my style is not so firm like my Padrino Guillermoâ€™s, I know our own godchildren must earn those treasures so they too will treasure them and use them wellâ€¦ just as I earned them, and just as my elders earned them and their elders before that. Because, as my Padrino Pete told me when the very first time I was seen with IfÃ¡, â€œwe are a teaching ilÃ© (house).â€ 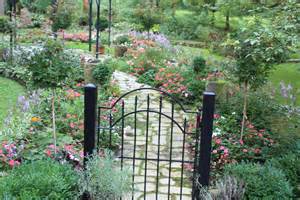 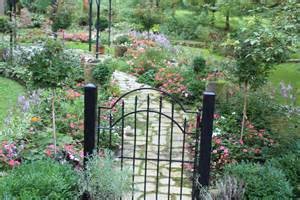 â€œWe are as ObatalÃ¡ made us, what we become is up to usâ€