Changó the God of lightning, thunder and drumming… As a child of Changó, learning and writing about Changó’s nature in some ways is the most complicated to unravel. In order to write about one’s Guardian Orisha, one has to discover aspects of our own innateness that the whole world can see but we don’t necessarily see for ourselves.

In Natalia Bolí­var’s book, “Los Orichas en Cuba,” she describes Changó as the Oricha with the most human virtues and imperfections. Some descriptions depict Changó as hardworking, brave, a good friend, diviner and healer but also as a liar, womanizer, pendenciero (argumentative), jactancioso (boastful) and a ‘player.’ I don’t necessarily agree with these descriptions, especially the latter ones, but I do find them interesting, realizing that perhaps these are some of the characteristics that others see most in his children. In this post, I will try to reveal the multiplicity of the varied aspects of Changó.

Prior to starting our travels, I had witnessed very few thunderstorms and lightning. There was one important exception… I had been staying with my Abuelita Carmen in a small village in the Sonoran desert of Mexico during the monsoon season. During one Summer night we sat on the porch for hours just watching the night sky light up with lightning in its purple haze. I was mesmerized by the sights and sound of thunder, lightning and all the changing colors and hues they created in the night sky. It rained and thundered throughout the night. The following morning I had plans to visit the Yaqui/Yoeme Indigenous museum in the city of Cd. Obregon, but my Abuelita strongly advised against leaving, saying the dirt roads out of town would be impenetrable from the storm. I scoffed at the idea… from my city viewpoint thinking I know more about how the world works than this dear old woman that just happened to have spent a lifetime in the desert. But also the notion that something as mundane as the rain would deter my plans was antithetical to me. Yup, on the surface I was being arrogant, but it has always been a necessity for me to experience things firsthand in order to learn or truly understand things for myself. Some people would consider it arrogant, but I prefer to see it as a strong will to learn. 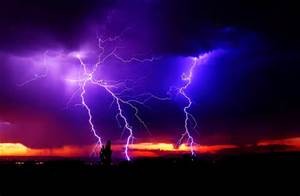 As I head out of my Abuela’s house she yells out from the window towards me, “Mucho Cuidado Lisa” (be really careful). I reply with a confidant shrug , “No te preocupes Abuela todo esta bien.”As I take my first step on to the muddied desert floor, I immediately buckle in the porous mud suddenly finding myself on my hands and knees. I couldn’t help but laugh that I didn’t even make it past one foot before I surrendered. I hear my grandmother crack up with laughter. She was right, the road was impenetrable for me that day. That was my first introduction to thunder and lightning in the summer desert.

Traveling in the RV for months, we first started getting heavy rains in Texas, New Orleans and in Florida. As the monsoon season ramped up I started to understand the inherit dangers of severe Thunderstorms. The RV is not the best place to be when dealing with torrential rains. You can hear everything in our temporary fiber glass home. Every few days and in particular when we were in Mexico Beach, Fl we would hear the pounding of the rain…bat…ta…tat…tat… And we were regularly lulled to sleep with the drumming of Changó’s rain on our tin roof.

As the rains would let up the following morning we would get to witness the wildflowers of Florida bloom, as the roadsides would turn into to beautiful hues of purples, yellow and red flowers. Overnight the entire landscape would change. Changó is indeed an agent of change and the changes he brings can be from his wrath, such as fire, lightning or through his beauty and his music. For example, farmers and crops need rain for food to grow and nurture, but too much rain washes out, floods and destroys everything a farmer has been working so hard for. Balance is very tenuous for Changó. In many Indigenous cultures of the Americas, ceremonies for the deities of Lightning and Thunder are performed in order to appease and appeal to them as their survival depends on it. Changó has the ability to give or destroy at whim. 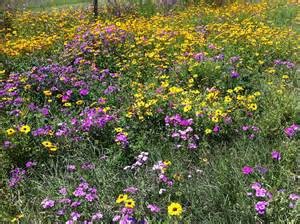 One of Changó’s fiercest weapons is lightning. Lightning can burn and electrocute anything. While we were staying in Mexico Beach, I had to have an ebbo de tablero performed for me which needed to be taken to the river to be complete, and by the time the ebbo was ready for me to take to the River for Ochún, the night sky had turned into a 4th of July celebration of lightning and thunder. I took a deep breath as I stepped out of the RV. The dirt roads had once again turned into a muddied mosh. I was scared witless since there are no buildings in Mexico Beach as it is a small sleepy undeveloped beach town. I knew lightning could easily strike nearby. As I settled myself, this time I knew how to walk in the mud rather than fall flat on my face. Thankfully, I had now understood my Abuelita’s sage advice as the universe had a funny way of teaching me to respect the wisdom of my elders. As I walk in the rain and mud, I shiver at the sights and sounds that are all around me, I no longer had the opportunity to sit back and be mesmerized by the beautiful hues but instead had to walk through what felt like a gauntlet. I mustered all the bravery that I could to go to the River, all the while singing to Changó. As I reach the river in the dark, I realize that it has a high embankment and as I try to step down the dirt gives below from the heavy rains. It is pitch black and I can’t see past an arms length. I can’t make my way to the river to give oñi to Ochún and leave her the ebbo and I’m feeling a bit exasperated and consider returning to the RV. I ask for Changó’s help in this time of need.

Just then Changó lights up the night sky with lightning bolts in such rapid fire sequential order that the night sky is lit up so that I have enough light to find my way safely down the embankment. I breathe a sigh of relief that Ochún has taken her offering and make my way back to the RV. I walk carefully but briskly and I get a moment to contemplate how much has transpired in such a brief blip of time in that short but perilous walk to the river. I get a new understanding that learning about balance and the nature of the Orichas. They can be beautiful and they can be destructive. Maintaining that balance is tenuous but under no circumstances can we underestimate the power of the Orichas. There is a constant interplay between the forces of nature and thus the forces of the Orichas. The Orichas get their achés from nature.

This year has had a record of lightning strikes and for the first time Lightning is listed as severe weather and there has been more deaths this year due to lightning than from tornadoes. I recently read that the longest lightning strike lasted 7 seconds and the largest reached 199 miles.* If you think about the amount of force and power of Changó can deliver and how fast he strikes it is truly awe-inspiring. A few weeks after moving into our new home in Tampa Bay, I read about a nearby beach side home being struck and destroyed by lightning. The lightning had left a crater in the middle of the home. That same day I also read about a tourist being struck by lightning on the beach. 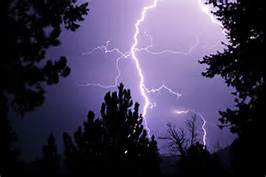 Living in the Tampa Bay area, I get to witness the constant dynamic of lightning and thunder with the Sun (Olorun). It is interesting that it can be sunny and bright and then a severe thunderstorm sweeps through only to leave with an opening of the skies, revealing the sun shining, where the birds are chirping and bathing in the pools of water left behind. When Thunder and Lightning sweeps through an area it leaves as quickly as it arrived. What it leaves behind is always a mystery. It can leave behind blooming flowers or destroyed fields or homes. But either way it always brings change.

In our new home, I have loved hearing and seeing the night sky light up with thunderous lightning. As the monsoon season is slowing coming to an end. I’m already missing the nightly 4th of July firework shows of lightning and thunder that lulled me to sleep, but more importantly that helped me navigate my way out of darkness.

The World Meteorological Organization recently certified two records involving lightning. The organization confirmed that a lighting flash over Oklahoma during a June 20, 2007, storm covered a horizontal distance of 321 kilometers, or 199.46 miles. The same study confirmed that the record for the longest duration of a continuous flash is 7.74 seconds on Aug.Â 30, 2012, over southern France.