In Santeria, all initiations are immersed in the magical properties of the ewe/plants and they are crucial to any consecration. The fundamental role that Ewe plays is significant. Santeros and Awo’s harness the ashé of plants in order to receive the ashé of the Orishas. It is a belief that ewe/plants have the consciousness of the Orisha. Thus as Iworos and Awos we study the plants that belong to the Pantheon of the Orishas. The divinity and ashÃ© of each of the Orishas is recognized for each of their attributes, such as Obatala’s ashé resides in the mountains, Chango’s in thunder and lightning, Oya’s in tornadoes, etc. It is impossible for us as Santeros to harness the energy of the mountain, of thunder and lightning, of tornadoes so the true physical magical properties of the Orishas reside in their ewe/plants.

Studying Ewe is no easy feat, as plants are regional and they all have a common name that differs from region to region. Even the scientific names for the plants change from time to time as one name falls out of favor. And here we are just talking about the names of plants and not talking about the variety of species of plants and their sub-genuses. And to further compound the problem, much of the Ewe from Yorubaland is different from the Americas. I always questioned the notion of which ewe is better to use, the one that comes from Yoruba or the ewe that the Lukumi in Cuba replaced it with. And truly the answer is both. You use the ewe that you find growing in the forest, on riverbeds, on the foothills, etc. You use the ewe that has the Orisha’s consciousness. I was mistakenly looking at plants solely for their physical characteristics and not understanding that the ashÃ© and divinity of the Orishas is everywhere and not merely in one pocket of the universe.

During a recent reading with IfÃ¡, IfÃ¡ confirmed this notion. IfÃ¡ warned me not to get too caught up with just the pharmaceutical aspects of plants. I think IfÃ¡ was trying to save me from going down a rabbit hole of endless searching that in the end will be futile. For example, I was studying the ewe boton de oro, an ewe that belongs to Ochún. I was enthralled at the usage of boton de oro throughout centuries. In traditional medicine, this plant was given to maidens with a spoonful of honey for a speedy and healthy pregnancy. When I stopped to think that Ochún is the Orisha that rules over fertility and pregnancies, I thought I hit the jackpot… possibly all the ewes of the Orishas would line up with the illness and afflictions they rule over. I kept searching more ewe, but not many of the plants aligned so perfectly with the properties of the Orichas. I was a little befuddled. That is until I read a passage from Aguirre Beltran who studied the Indian curanderos of Mexico. Beltrán mentions that the Indian doctor does not look for the knowledge of the pharmacological properties but for the mystical force of the plant. He says that, “sacred herbs, deities in themselves, act by virtue of their mystical properties; it is not the herb itself that cures but the divinity, the part of the divinity or the magic power with which it is imbued.” In other words, the ashé of the ewe.

This made me recall a dream I had a few years ago when I had been sick for an entire year. I had been diagnosed and prescribed medicines for an array of illnesses, from asthma and bronchitis to walking pneumonia. The diseases would go away, yet I still languished in illness. Many days, I was too sick to go to work, and on the days I did go in to work, I had spent all my energy and I would hit the bed as soon as I got home, and I still needed to recover in bed all weekend. This happened over and over and I was not getting any better. Sometimes I wondered if my spirit was slowly dying from the pressures of modern life. Finally, my grandmother who has always been my guide and rock both in life and in spirit. She comes in my dream very worried about me and she tells me to listen closely as she doesn’t have much time. She is anxiously telling me what I need to do but overlooking her shoulder and hurriedly is walking up steep steps as I try to catch up. Somehow, it made me think that she didn’t have permission to visit with me or that I would get caught visiting her in that dimension but she did it anyway since she was so alarmed by my languishing health. In my dream, she tells me that I need to find a yellow plant, and I ask her but which yellow plant? She appease me by showing me a yellow plant, I recognize it as the mustard weed that has overgrown in the back of my yard. But more importantly she tells me how I need to prepare it. She tells me that I have been preparing my herbs is all wrong. That I need to let the plants boil fervently, sit and then squeeze them out and remove the plants from the tea. As soon as she told me what she needed to say she vanished. I was left wandering in a dark place with many important visions of the Aztecs hieroglyphs and their ancient healing and medicinal practices. 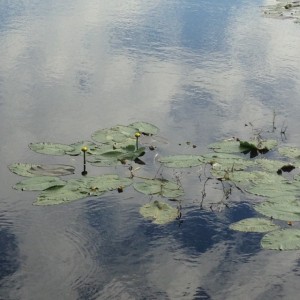 The next day, stunned by the dream, I called in sick and went out to cure myself. While I said my moyuba and prayer to the ewe/weeds behind my house I looked up and saw a red tail hawk circling around me. I realized that I got the right plant but more importantly my grandmother was watching over me. As I slowly recovered my health, I wanted to learn the pharmaceutical properties of the mustard plant. And today I realize that it is not the physical components of the plant that is important but the ashÃ© and consciousness of the ewe. Both my dreams and IfÃ¡ keep guiding me to find the divinity of the plants.

This makes me wonder about scientists search for cures for many modern illnesses in the Amazon. More often than not this search is futile. When they analyze the plant used by Indians to cure, the plant turns out not to have any pharmacological properties with which to treat the disease. I have to wonder if the effectiveness of the plants are in the plants’ consciousness. Could it be that they are actually destroying that consciousness in their quest to subjugate nature to their own ends and are themselves robbing the plants of their efficacy? In Aguirre Beltran’s, Medicina y Magia he writes, in order for the power to remain in the plant a complicated ritual is indispensable, as much in its harvest as in its preparation and use; if this is not done, its employment is completely inefficacious, since it is not pharmacological properties of the herbs that cure but their mystical properties. Scientist will continue to futility research for the next cure until they realize that until they respect the plant with its living consciousness, they will remain mystified and the magical power of plants will remain elusive to them. Maferefun Ewe, Maferefun Osain 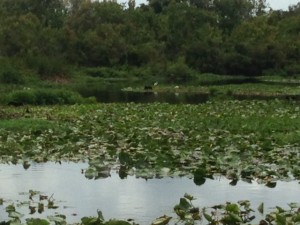