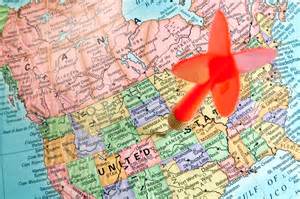 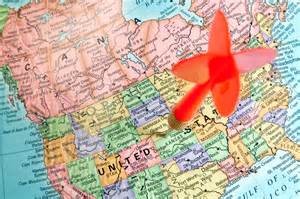 When the world was still very young, Orula was sent to earth in search of a mythic land called IlÃ© IfÃ©, the spiritual capital of the world, where he was to teach IfÃ¡ and the proper way to live to the people who lived there. When Orula came to the world with his IfÃ¡, he arrived at a place called Onika, which was on the shores of the sea. Leading out from Onika were sixteen roads, and Orula patiently began taking each road to its end one at a time. Each road was more difficult than the last, and on his travels he encountered all the peoples of the world, but none of the roads led to IlÃ© IfÃ©. There was finally only one road left, a desolate path leading straight into the shifting sands of the desert. Orula followed this last road until he was stumbling blind through the sand, his clothes in tatters, and with no food or water. As he was about to give up out of despair, through clouded eyes he thought he spied a tiny oasis with a small pool of water and somehow managed to crawl his way over to it.
When he arrived at the oasis, he found three sacred trees. An iroko, an araba, and a palm tree were growing next to the spring. Orula was delirious as he cried out to OlÃ³fin that he had failed his quest to find the sacred city of IlÃ© IfÃ© and that he was tired of the endless traveling and hardship.
Suddenly Orula heard a thunderous voice saying, â€œThe more you look, the less you see. You do not even see what is right in front of your own nose.â€
The voice then ordered Orula to take his IfÃ¡ in his hands, submerge the ekin nuts in the spring, and throw the water into his eyes and over his back. As he did so, he heard singing. â€œAlagba nfo gede â€¦ oju, alagba nfo gede â€¦ ofo.â€
When he looked up his eyes were clear, and just in front of him was the entrance to IlÃ© IfÃ©.
And from that day forward that spring with its three sacred trees became the first IgbodÃº for the initiation of new babalawos.

When I wrote these words in my book, “Babalawo: SanterÃ­a’s High Priests” little did I know our family was soon destined to make our own peregrination like the one described in this patakÃ­n from my own oddun BabÃ¡ Eyiogbe…
My wife, Lisa ChangÃ³, our twins and I recently made the journey to Huautla de JimÃ©nez high in the mountains of Oaxaca in Southern Mexico, the spiritual capital of the Mazatec Indians. While there we were led up the long, winding trail to the top of Nindo Tocoxo, the Mount of Adoration in preparation for a ceremony we were to undertake. This mountain is the center of the Mazatec universe and power, much like the IlÃ© IfÃ© of IfÃ¡ and SanterÃ­a.
During our stay, our connection to the natural world was vastly deepened, with the help of Indians who have lived in much the same same way for hundreds, if not thousands of years. For them, and now much more for us, nature is not an abstract concept, but a constant direct interaction.
But we soon found this rediscovery came at a cost…
Our reentry into the ‘civilized world’ was jarring to put it mildly. Even the relatively small city of Oaxaca seemed disorienting, frenzied and somehow senseless, much like a speeding, out of control train careening toward some unknown fate, and probably not a good one at that…
After getting a taste of what the real world really is, it was more than a little difficult going back to Los Angeles, the
place which the Mazatec chota chjine or Woman of Knowledge she had referred to as â€œwhere their bodies were agedâ€, a place she
simply called “North.”
At that moment we not only knew we needed to flee Los Angeles in all possible haste, which of course was confirmed by IfÃ¡, but that our plans to move to the relatively less neurotic Tampa had to be re-examined. And instead of merely changing the background scenery while continuing our old patterns of living and working, we need to find our true home, both spiritually and physically.
So our family is going on our own migration, traveling down many paths in search of our true home and our true way of life while spreading IfÃ¡ into new lands, in our own humble imitation of Orula’s migrations in the mythic past. It promises to be a great learning adventure for all of us.
At the same time our travels give us a marvelous and rare opportunity to bring SanterÃ­a to areas that might not have access to the beauty and power of our religion. A kind of IfÃ¡ on Wheels if you will…
As we go about our travels, we will be writing about our experiences on the road.
We will also be posting our future stops here, so anyone who would like to learn more about our beautiful religion, receive a consultation in person or just say â€œHi.â€

I also have the joy of introducing you all to Lisa ChangÃ³, Santera and ApetebÃ­, who will be writing about our travels as well!